The working Principle of Gravity Destoner 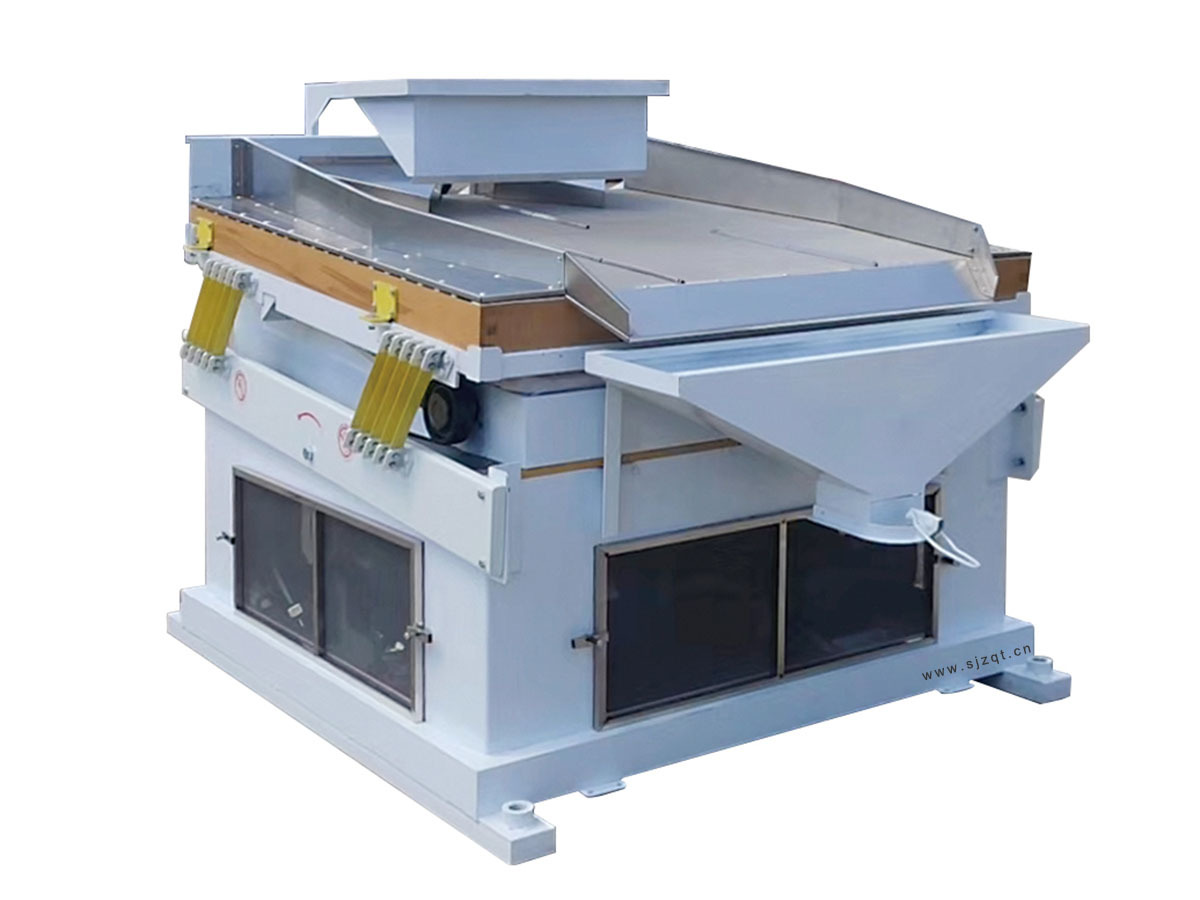 Gravity Destoner mainly uses the inclined screen surface with certain movement characteristics and the wind force passing through the fish scale holes on the screen surface to separate the particles and stones according to the different characteristics of the specific gravity and suspension speed of sand rice (the suction gravimeter also requires a larger air volume. ).
When the material flows from the feed hopper to the middle section of the screen surface of the Gravity Destoner, it is immediately agitated by the inclined airflow from top to bottom and the mechanical movement of the screen surface. Make the denser sand and gravel sink into the bottom layer and screen the surface of the material after active classification. The average density is low and it is in a fluidized state.
With the continuous feeding of the Gravity Destoner feeding port, the rice on the upper layer of the screen is crowded by gravity movement and feeding. It slides diagonally down the screen surface until it is released from the gravity stone remover. Sand and gravel are difficult to slide into the gravimeter. Combined with the induction of wind and sieve holes, it can only gradually slide into the stone outlet with the movement of the sieve body.
Through the above introduction and analysis of the working Principle of Gravity Destoner, hope it helps you.

How a Gravity Destoner Works

A brief introduction to Gravity destoner

Analysis of Factors Affecting the Productivity of Seed Processing Equipment