How the Kjeldahl Nitrogen Analyzer works 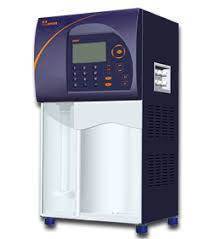 The Kjeldahl analyzer converts nitrogen in organic compounds into ammonium sulfate by heating it with sulfuric acid. During this step, potassium sulfate is usually added to the mixture to raise the boiling point of the intermediate product. The end point of the sample analysis process was judged because at this point the mixture became colorless and transparent (initially dark).
A small amount of sodium hydroxide is added to the solution from a Kjeldahl Nitrogen Analyzer, followed by distillation to convert the ammonium salt to ammonia. The total ammonia content of the Kjeldahl analyzer is determined directly from the nitrogen content of the hydroxide sample, by back titration. The end of the condenser tube of the Kjeldahl analyzer is immersed in the boric acid solution, and the ammonia reacts with the acid. Titrate excess acid with sodium carbonate under the supervision of methyl orange. The result obtained by titration is multiplied by the given conversion factor to obtain the result.
Through the above introduction and analysis of how the Kjeldahl Nitrogen Analyzer works, hope it helps you.

The distillation and absorption in Kjeldahl Nitrogen Analyzer

Introduction of the Kjeldahl nitrogen analyzer